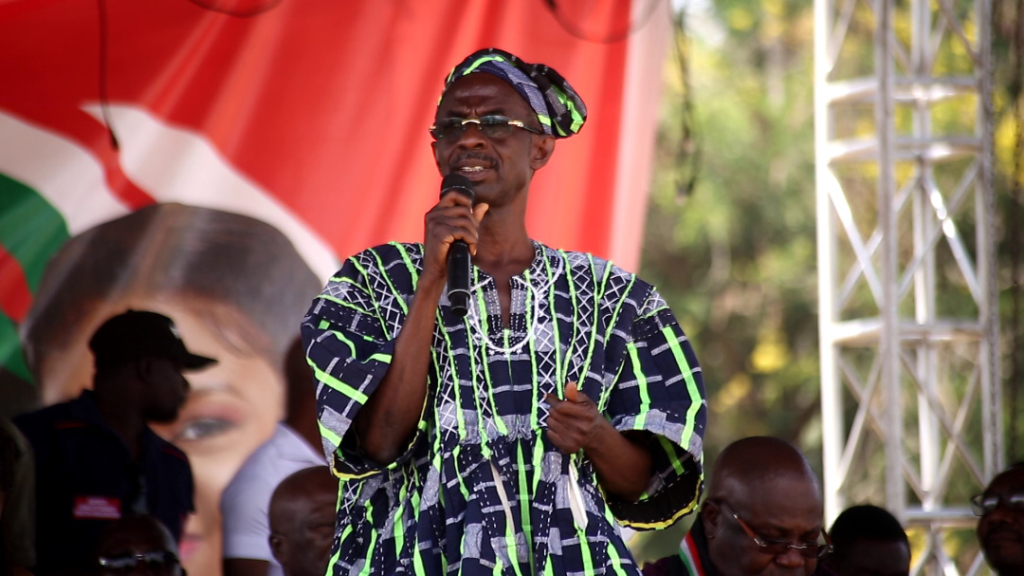 The Chairman of the opposition National Democratic Congress (NDC), Johnson Asiedu Nketia has defended the party’s decision to change its parliamentary leadership.

The NDC on Tuesday morning issued a statement announcing key changes to its parliamentary leadership.

But speaking in an exclusive interview with JoyNews’ Blessed Sogah after the announced changes, Johnson Asiedu Nketia explained that move is part of the NDC’s ‘reorganisation’ for the 2024 general election.

According to him, there have been a series of changes across all levels of the party towards the 2024 polls.

In his view, the timing is right.

“We started at the branch level. We’ve since done elections in about 40,000 branches and then from there, we proceeded to the constituency level.

“We’re done largely with all the constituencies and then we’ve done regional elections and we just completed the national elections.

“So the next in line is to take a look at our leadership in parliament and that is what we’ve just done so in terms of timing, it is line with the way we are prosecuting the national reorganisation”, he clarified.

He added that going into the 2024 polls, issues about the economy will become very topical and therefore the need for someone who has mastery in that regard.

This is he said is the basis for selecting Dr Cassiel Ato Forson to be the party’s new minority leader.

Asiedu Nketia also added that issues surrounding energy will become critical ahead of the next elections, and therefore the party’s decision to choose Dr Kofi Armah Buah as the Deputy Minority Leader.

According to the aggrieved legislator, the timing of the decision by the party’s hierarchy is ‘wrong’.

Speaking on Asempa FM’s Ekosii Sen on Tuesday, the audibly displeased lawmaker explained that as far as he and other colleague NDC MPs are concerned, the current crop of parliamentary leadership have been diligent in their duties.

He, therefore, questioned the rationale for the change and criticised the party’s leadership for failing to consult the entire Minority Caucus before effecting the changes.

“The timing is completely wrong. What is the basis of changing our parliamentary leadership?”, Murtala Mohammed decried.

“They are only taking away the most experienced leaders and bringing the less experienced ones. Nobody told them we are dissatisfied with the leadership.

“Who told them we are unhappy with their performance?”, the disgruntled lawmaker quizzed.

The NDC changed its parliamentary leadership on January 24, 2023.

According to the party, Dr Cassiel Ato Forson has taken over from Haruna Iddrisu as the new Minority Leader.

However, some members of the party are not happy.

A group of angry supporters in the the Northern Region subsequently massed up at the party’s regional office over the surprising shake-up in the party’s parliamentary leadership.

JoyNews’ Regional Correspondent, Martina Bugri reports that the supporters say the decision will not augur well for the party.

They therefore want the leadership of the party to rescind the decision or face their wrath.