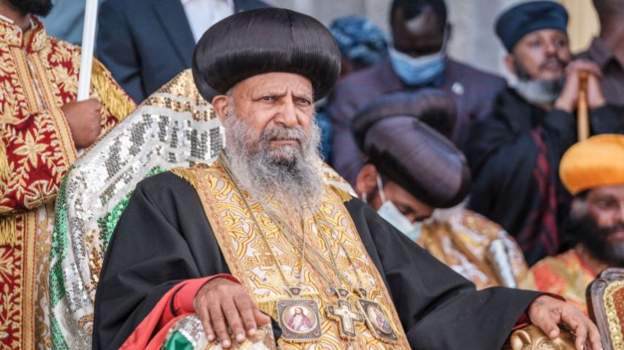 The head of the Ethiopian Orthodox Church, Patriarch Abune Mathias, has called on all bishops around the world to urgently convene in the capital, Addis Ababa, as the church faces a major split.

This comes after a group of three bishops announced the formation of a separate church decision-making body.

They appointed more than 20 new bishops to replace those working in Ethiopia’s Oromia region and some parts of southern Ethiopia.

A previous division in the Ethiopian Orthodox Church, which lasted for nearly three decades, was only resolved in 2018.

That time the split was with church members in the US – this time it comes from within Ethiopia.

One of the breakaway bishops, Abune Sawiros, said they made the move to save those followers of the church who were led by clergy that was not diverse or inclusive and who did not understand their language.

The patriarch called the bishops’ action illegal and other bishops have denounced it as a conspiracy to divide believers on the basis of ethnicity. Editor of the Herald newspaper, Larry Dogbe, has argued that the current ‘commotion’ in the …