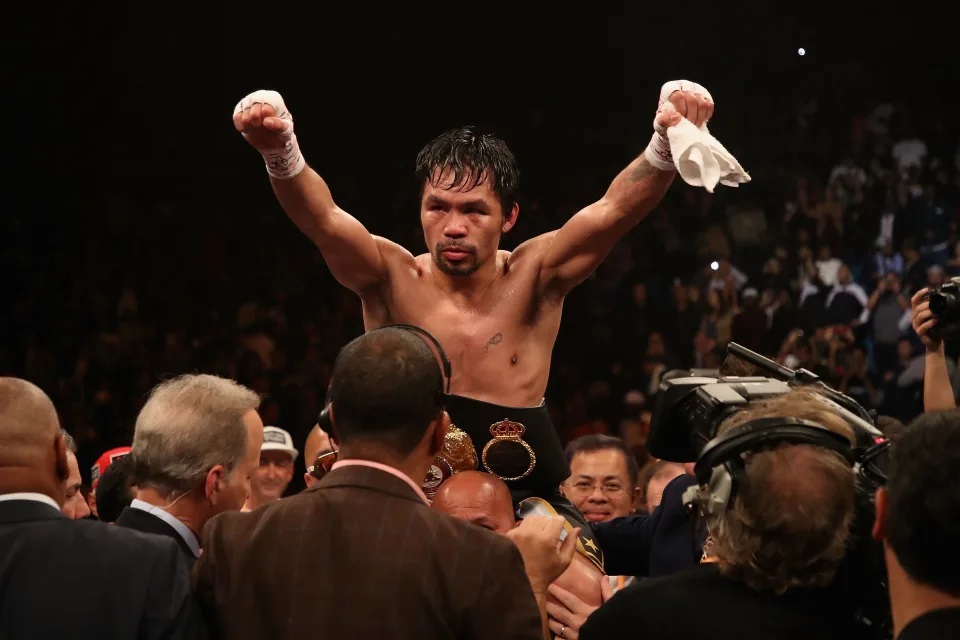 Manny Pacquiao got some home cooking in a key win early in his career. (Photo by Christian Petersen/Getty Images)

In an interview with the World Boxing Council, the “Thrilla in Manilla” referee revealed that he skewed the 2000 WBC International super-bantamweight title match in Pacquiao’s favor by “prolonging” the 10-second count when the now-legendary Filipino boxer was knocked down in the fourth round.

Padilla, who is Filipino himself, admitted that he wanted to assist his fellow countryman against his Australian opponent Nedal Hussein, who he described as a “taller, younger, stronger and dirtier fighter.”

“I am a Filipino and everybody is Filipino watching the fight, so I prolong the count. I know how to do it,” Padilla said in an interview last month with the World Boxing Council.

The shocking revelation really “hit a nerve” for Hussein, who told World Boxing News that the ordeal made him “upset for a full twenty-four hours.”

Hussein said while he always had his suspicions about the fixed nature of the fight, what really angered him was Padilla’s carefree demeanor when admitting to such a career-altering scandal.

“The way he said it with a smirk and a smile like he was proud of what he had done, like the depth of corruption, it’s obviously in his veins and his heart,” Hussein said.

The bout was a monumental point of inflection for the careers of its combatants. While Pacquiao would launch a career in the U.S. that etched his name in boxing history just two matches later, Hussein waited four more years before getting another title fight despite staying undefeated throughout the entire period.

Hussein claimed a different result might have sent Pacquiao’s career into an entirely new direction.

“I can’t say Pacquiao’s career would never have been the same, but it would have been derailed, that’s for sure,” Hussein said.

Pacquiao and the World Boxing Council have yet to comment on the matter.