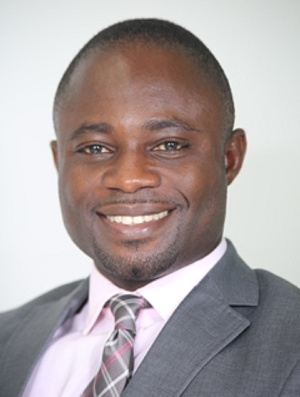 Ranking Member on Parliament’s Health Committee, Kwabena Mintah Akandoh, says the Auditor General’s report on Covid-19 expenditures has vindicated the Minority’s position on the need for a probe.

The Minority in Parliament had in January of last year filed a motion for an inquiry into the expenditure made by the government since the outbreak of the Covid-19 pandemic in 2020.

The motion was admitted by the Speaker of Parliament, Alban Bagbin, but dismissed in February by the First Deputy Speaker, Joseph Osei-Owusu with explanation that such a bi-partisan committee is already provided for by the constitution via the office of the Auditor-General and the Public Accounts Committee.

Speaking on JoyNews’ PM Express, Mr. Mintah Akandoh says the profligate spending exposed in the audit report buttresses their point that the Covid-19 expenditure ought to have been interrogated.

“That time, it was the Rt. Honourable First Deputy Speaker, Joe Osei Owusu, who was sitting in the chair. But agreed this first Auditor-General’s report has vindicated our position that indeed there is something to be investigated.

“And so I think that we must go beyond what the Auditor General has done, now we’re receiving memoranda – anybody who has anything to submit or to tell us is welcomed  and so by the 7th we’ll begin sitting in public and I think that whatever will come out will be for everybody to know,” he said.

The Auditor-General’s report revealed some infractions in government’s expenditure for Covid-19 from March 2020 to June 2022.

Some of the infractions that were uncovered include; paying a total of US$607,419.02 out of US$4,049,460.12 for the purchase of 26 ambulances that were never delivered, paying unapproved GH ₵151,500 by the Information Ministry to its own staff as Covid insurance, and paying for $80 million worth of vaccines by the government that was never delivered, amongst others.