Ato Forson, others will succeed as Minority leadership but may falter too – Franklin Cudjoe 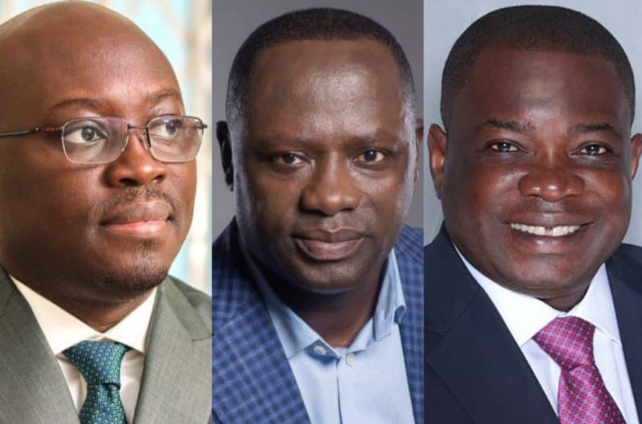 The Founding President of Imani Africa has added his voice to the ongoing debate on the shake-up in the parliamentary leadership of the opposition National Democratic Congress (NDC).

Franklin Cudjoe says the arguments from both sides – persons in support and those against the decision – have cogent reasons.

According to him, the outgoing leaders despite their shortfalls have performed well.

However, Mr Cudjoe also welcomed the elevation of the incoming Minority leaders whom he said have a huge task on their hands.

“I have followed the fallout from the change in Minority leadership and I must admit both sides, for and against the decision of the executive leadership of the NDC party, make compelling arguments.

“In fact, I have to admit that Haruna Iddrisu, Muntaka and Avedzi have not only cleverly shepherded their colleague MPs to provide distinctively knowledgeable opposition to the government, but have also dignified their respective roles to almost being peerless.”

“And it was from such rarity in quality leadership that birthed the current leadership in Ato Forson, Agbodza and Buah,” he posted on Facebook on Wednesday, January 25.

Meanwhile, he said the new leadership performed well should they fall on the former leadership in times of difficulty.

These ‘new’ made men will succeed, but they will falter too, and whose giant shoulders will they fall on in crisis moments, other than those of Iddrisu and Muntaka?

“And yet, Iddrisu and Muntaka are ripe for much bigger roles whose time will come with the support of the very men replacing them in Parliament and the party’s rank and file, which must not be divided.

“The country needs a viable alternative to the current economic atrophy. The NDC must be worthy, but in Unity,” he added.

The party on Tuesday, January 24, petitioned the Speaker of Parliament about a change to its leadership in Parliament.

According to the Party, the decision is in the best interest of the party.

However, some NDC legislators expressed their opposition to the decision describing the development as a “coup d’etat” and questioning the rationale behind the change.

Amongst them is Tamale Central MP, Ibrahim Murtala Mohammed who said the timing of the decision by the party’s hierarchy is ‘wrong.’

But this has taken a new twist with some 77 NDC MPs endorsing the decision.