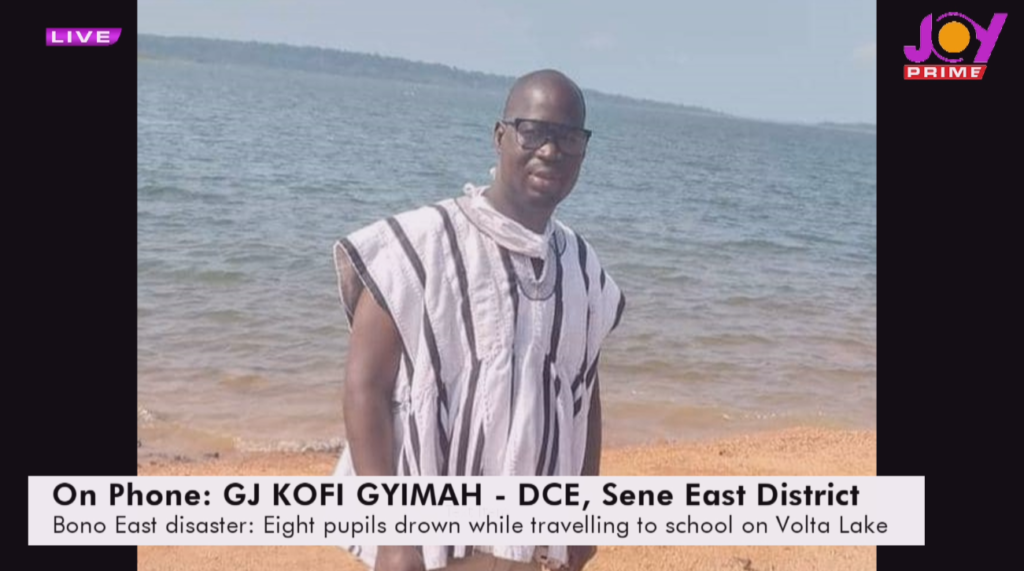 A community in the Sene East District of the Bono East region, Atikagome, is to be provided with a school building before the end of 2023.

This comes after eight out of twenty pupils from the community drowned while traveling to school in the nearby community of Wayokope on the Volta Lake.

Speaking on Prime Morning, Wednesday, the District Chief Executive (DCE) of the district, G.J. Kofi Gyimah, assured that measures are being put in place by the leadership of the community and other stakeholders to build a learning facility for the community.

This is to ease the stress and risk of students traveling by water to access education.

“We’re having a meeting and the education director will be part of it. So, we’re looking at having a permanent school for that community because it’s a very large community,” the DCE assured.

Mr. Gyimah further noted that the leadership is working on securing teachers for the community to help teach the children, which, according to him, will stop the pupils from going to other communities.

The DCE, however, appealed to NGOs and philanthropists to help the community with infrastructure, as his office is doing its best.

He also dismissed some reports circulated on social media that the canoe used by the children is wretched.

“When you look at the canoe on social media, that is not the actual canoe. In our area, nobody goes with a canoe that has cork, metal, and sideways nail in it. So, clearly, it shows that it’s not our water,” he explained.

He said the incident happened as a result of the canoe carrying more than its usual capacity.

Meanwhile, two of the twelve survivors are responding to treatment in some hospitals within the district.