Ghana’s Mohammed Kudus has praised AFC Ajax head coach Alfred Schreuder for giving him the self belief to play as a lead striker.

He said this in an interview with Dutch newspaper, De Telegraaf, as discussions continue on the former Nordsjaelland FC player’s best position.

Kudus has been deployed as a lead striker heavily this season and he has responded by scoring four goals in six UEFA Champions League games at the group stage.

The 22 year old scored a goal and registered an assist in Ajax’s 3-1 win over Glasgow Rangers and won the Man of the Match Award in the process.

Speaking on his healthy return of goals this season (10 goals in 18 games in all competitions) Kudus talked up Schreuder’s instrumental role stating,

“The coach has given me confidence as a striker and I score. That’s what he expects from a striker and that’s also the reason I haven’t played as a shadow striker yet”. 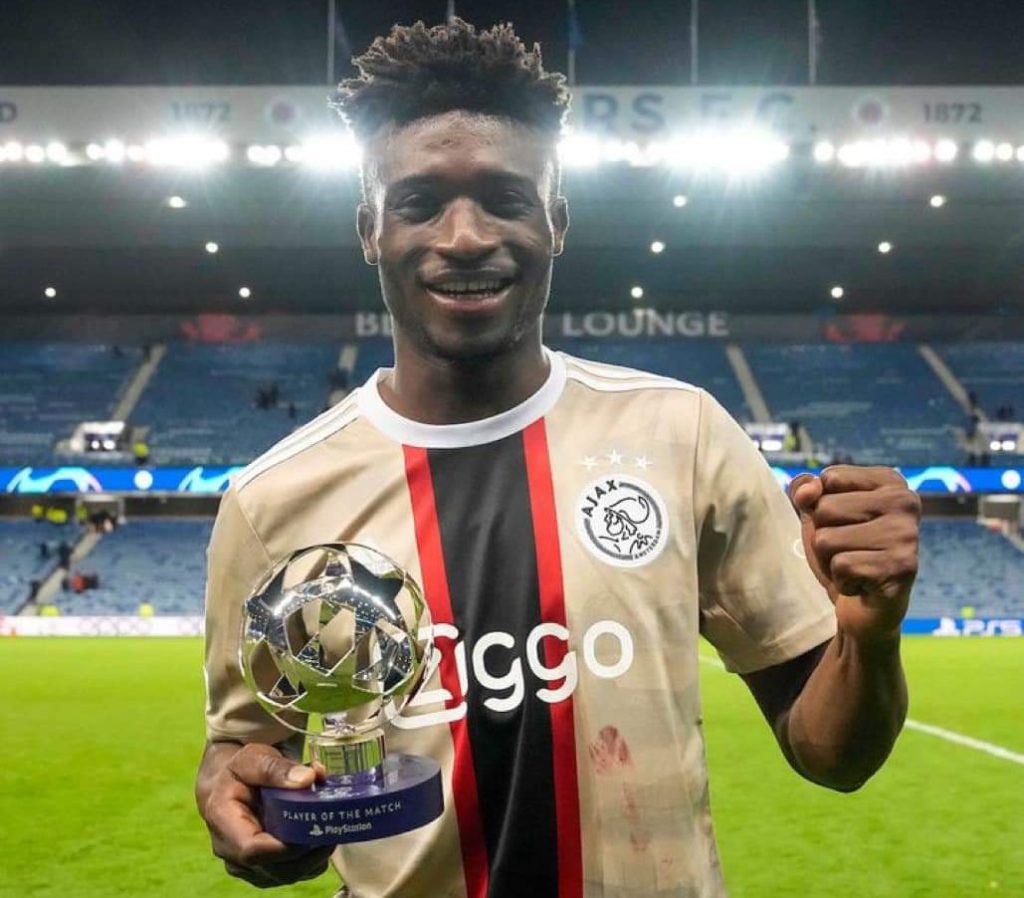 Kudus is firmly in the mix to compete at the 2022 FIFA World Cup in Qatar for Ghana’s Black Stars. Good Music Doesn’t Have To Be In English – Kuami Eugene