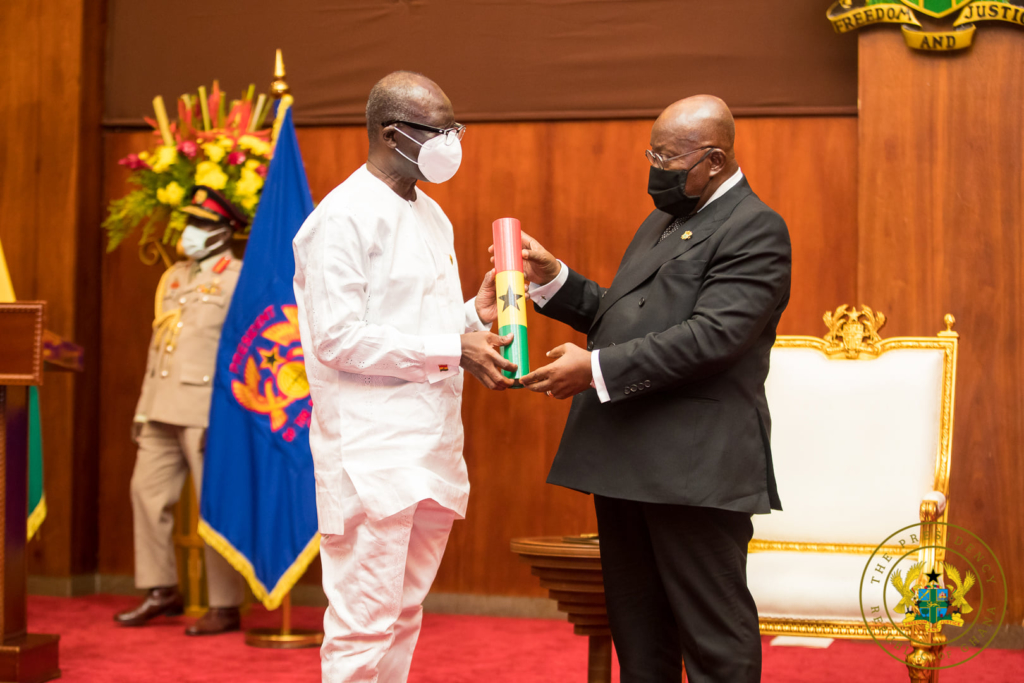 The Minority Leader in Parliament, Haruna Iddirsu, has accused the President and Finance Minister of engaging in unacceptable, unconstitutional acts of expropriation.

Speaking concerning the erosion of bondholders’ principals and interests as a result of the government’s domestic debt exchange programme, he noted that it was akin to an act of expropriation which is illegal under the constitution.

“President Nana Addo Dankwa and Ken Ofori-Atta are engaged in an unacceptable act of expropriation. Legitimately, you’ve invested your money. You’re entitled to the interest on your investment, whether interest plus principal or interest and principal it’s yours. If the state decides to take it, that is an act of expropriation and the constitution frowns upon it,” he said.

He added that the 1992 constitution of Ghana does not support the unilateral varying of terms and conditions of loans approved by Parliament by the Finance Minister in the manner in which he is doing now.

He noted that the failure of Ken Ofori-Atta to return to Parliament renders the entire exercise illegal and impeachable.

“Now two, Article 181 (4) says that Parliament shall by a resolution approve by simple majority the terms and conditions of a loan agreement. So if you took money from a bilateral creditor whether it is China that we owe 2.6billion or Paris Club that we owe 2.1billion, you entered into a certain terms and conditions. Ken Ofori-Atta is now varying the terms as an individual and as Minister of Finance. My argument is that he doesn’t have the authority and mandate to do so.

“I should think that he has to come back to Parliament under Article 181 (1) and (5) of the constitution. He’s engaged in varying the terms and conditions of a loan. When Parliament approved the loan, it probably approved for tenure, it provided for moratorium, it provided for interest and principal shall be paid within a certain period of 5 years. Now you’re saying that you’re issuing 12 bonds, and that 2023 zero coupon, now he says for banks 5%. You say that is satisfactory.”

Speaking on PM Express, Haruna Iddrisu noted that to stop this abuse of the Finance Minister’s powers, Parliament must rein him in.

“So what we even need to do, that’s why I’m saying that Parliament needs to position itself, the PSB (Public Sector Borrowing) of these treasury bills must all now come back To Parliament. Maybe we’ve given him too much latitude and he’s now in my view padding it, he’s now walking around as if every authority in this country is vested in him as Minister of Finance. I’m sorry that is not the case,” he said.