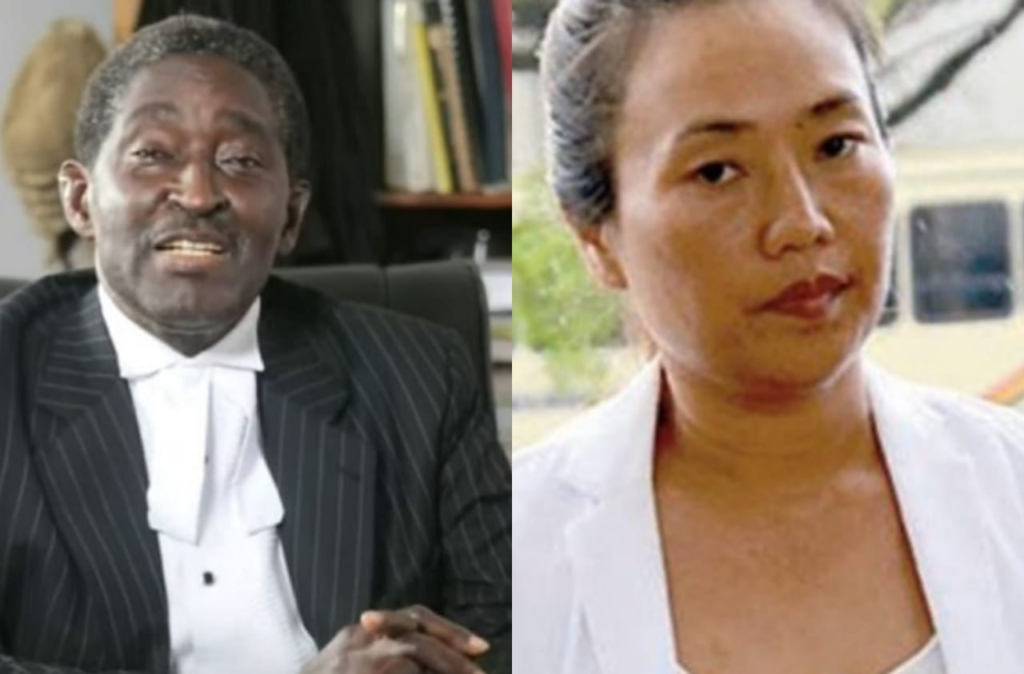 The owner of a mining prospecting company has told an Accra High Court that Chinese national Aisha Huang encroached on his concession and mined illegally for years.

Nana Sarfo Prempeh said his company, Volta Resources Limited held a license that permitted it to undertake prospecting of minerals in some parts of the Ashanti Region.

He submitted a number of documents including maps, receipts and correspondence between himself and the Minerals Commission to demonstrate to the Court that he had the legal rights over the concession.

He explained that sometime in 2015, Aisha Huang entered his concession and started undertaking mining activities.

He submitted letters he wrote to the Regional Security Council making a formal complaint about this development to the Court.

Mr Prempeh further explained that he tried to seek the intervention of traditional authorities.

A complaint, he added was additionally filed at the Police Headquarters here in Accra.

He continued that he equally sued Aisha Huang at the Bekwai Circuit Court. All these efforts he revealed, proved futile as the illegal mining continued.

“I know the accused person. My knowledge of her bothers her illegal activities at the Volta resources concession. In 2015, she commenced her mining operations at the concession of Volta resources.

“She later moved to another part of our concession at Bepotenten. This was where her Chinese workers were arrested.

“From that period of 2015-2017, we made all efforts to evict her from the land and stopped her illegal activities which all proved futile.

“I reported the case to REGSEC and also to the chiefs and traditional leaders of Bekwai. That also proved futile. I wish to tender into evidence a letter to REGSEC about our complaints.

“In February 2016, we made a complaint at the police headquarters. That did not yield much.
We caused a writ to be issued at the Bekwai District Court.”

The Bekwai District Court is said to have granted an injunction barring Aisha Huang from continuing with her mining activities.

The lawyer for Aisha Huang Nkrabeah Effah Dartey then commenced his cross-examination.

He asked Mr Prempeh to confirm whether the injunction granted by the Court was to last seven days and if Aisha Huang was a party to that legal action.

Mr Prempeh indicated that this was what the court order stated.

The trial continues on Monday, November 21.

Aisha Huang is standing trial for various mining offences and believe to be a key figure in the illegal mining business in the Ashanti Region. Wereko-Brobbey wants Akufo-Addo to talk, not hint, of actions to save economy Finance Minister must be open with Ghanaians