Ghana midfielder, Bismarck Nana Adjei-Boateng registered his debut goal in the Europa Conference League with his goal proving timely as it powered Romanian side CFR Cluj to the knockout phase of Europe’s third tier competition.

Adjei-Boateng scored the game’s only goal in the 17th minute against Kosovo side Balkani by capitalizing on Balkani’s failure to clear a corner kick inside the penalty box.

Ghanaians Adjei-Boateng and Emmanuel Yeboah lasted the entire duration of the game against Balkani. 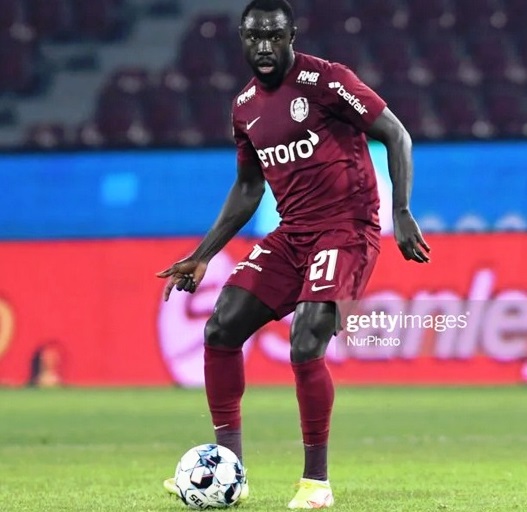 Adjei-Boateng featured in all six games for Cluj in the Conference League in the defensive midfield position but played in a more scanned midfield role in a handful of games. Mahama appeals for MoMo to fund NDC congress
3 mins ago

Mozambique ex-president’s son, others jailed for 12 years for corruption
18 mins ago