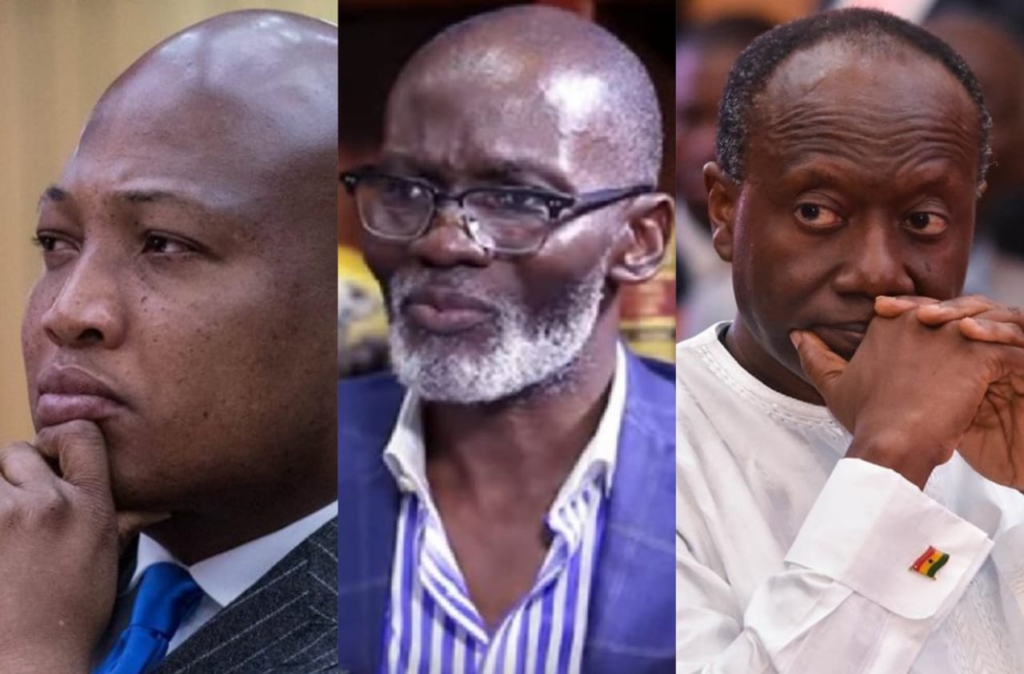 The heated exchanges ensued when Mr Ablakwa asked a question about the controversial National Cathedral.

However, Mr Ofori-Atta’s lawyer (Gabby Asare Otchere-Darko) strongly opposed the question. He suggested that the North Tongu MP should organise a press conference to make those political statements.

The outspoken lawmaker also in his objection said, Mr Asare Otchere-Darko cannot teach the Committee how to do its work.

He added that he will not be schooled on his duties as an MP by the lawyer.

“You cannot come here and throw your weight about.

“You will not teach me how to do my work. You are not the chairman of this Committee,” he replied.

In a sharp reply, Mr Asare Otchere-Darko told the MP that he does not have enough weight to spare.

“I am only 78 kilos. So I don’t have enough weight to throw about.”

Parliament is currently probing a motion for a vote of censure against the Finance Minister, Ken Ofori-Atta.

It will be recalled that on October 25, 2022, the Minority in Parliament filed a censure motion against Mr Ken Ofori-Atta.

This coincided with a press conference by some Majority MPs, numbering around 80, to demand the removal of the Finance Minister and Minister of State in charge of Finance at the Ministry of Finance, Charles Adu Boahen, for their inability to manage the economy.

However, the NPP MPs, did not back the NDC MPs in their quest. According to them, although they want the Finance Minister out, they would do that on their own terms.

They insisted that the Minority had their own parochial interest.

Following this development, the Speaker of Parliament, Alban Bagbin referred the Minority’s censure motion to an 8-member Ad hoc Committee for consideration.

He said at the Committee level, the Minority will supply evidence for discussions.

He added that the Finance Minister will be given the ample opportunity to defend himself; in addition to a lawyer to defend him before the Committee.

The Speaker noted that after the process, a report will be submitted before the House for a decision to be taken.

The scheduled hearing therefore began today, November 15 at the Committee Room in Parliament.

The Committee has seven days to submit their report to Parliament for deliberations. We’re in this mess because of ‘untouchable’ Ofori-Atta – Mahama

Strike action by Teacher unions will be contained – GES Gov’t to barter gold for oil
23 mins ago

Gov’t to barter gold for oil