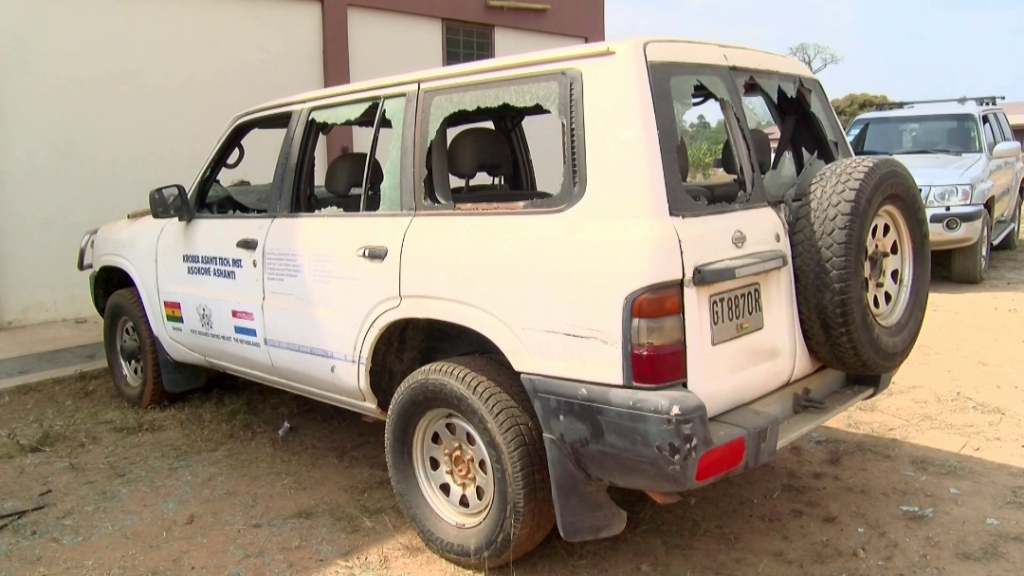 Thirty-nine students of Krobea Asante Technical and Vocational Institute accused of involvement in Sunday’s disturbances on campus have been remanded to one week in juvenile custody.

This is to allow police further time for investigation in the students’ vandalism.

The court, presided over by His Worship Samuel Buaben Quansah, refused bail request by counsel for the juveniles and young offenders.

The students came in two buses, one owned by the Asokore Ahmadiyya SHS and the other of Effiduase SHS.

Twenty-seven of the 39 present in court are juveniles, with the others being young offenders.

Throughout the time spent in the bus under police protection, they remained quiet and calm.

The students came into the court just as they were arrested, some walked barefoot.

The accused persons have been charged with conspiracy to commit a crime, to wit unlawful entry, causing unlawful damage, and stealing.

Head of Legal and Prosecution at Ashanti Regional Police Command, ACP Kofi Blagodzie, says the police are pursuing other suspects.

“We can’t indicate the number but we are pursuing them”, he said.

Per the fact sheet, police had a distress call after midnight on Sunday.

The students after sighting the police pelted them with stones despite warning shots from the police.

It took reinforcement for the police to calm the situation.

The police managed to arrest thirty-nine of the students though electricity to the campus was cut.

The three lawyers of the students mounted a strong defense for the students insisting most of them are innocent of the charges.

They claim some of the students were arrested in their beds.

Daniel Kwame Boateng is one of the legal representatives.

“When an issue that has public character occurs the police embarks on a swoop and so whoever is caught by their net they will further investigate the matter and this is exactly what has happened”.

The Court believes it was premature for the students to be granted bail but requested that they are taken in to juvenile custody.

“It is too premature to visit the merits of the case and we can’t go into the content of whatever is going on here but we will ensure that the police heed to the orders of the court,” Lead Counsel for the suspects, Kwabena Gyamfi said.

The violent protest over poor examination results resulted in the vandalism of six vehicles and other school property.

Previous Fifi Kwetey defends changes in Parliament; rubbishes claims of no consultations
Next Lack of consultation over shake-up in Minority leadership deeply worrying