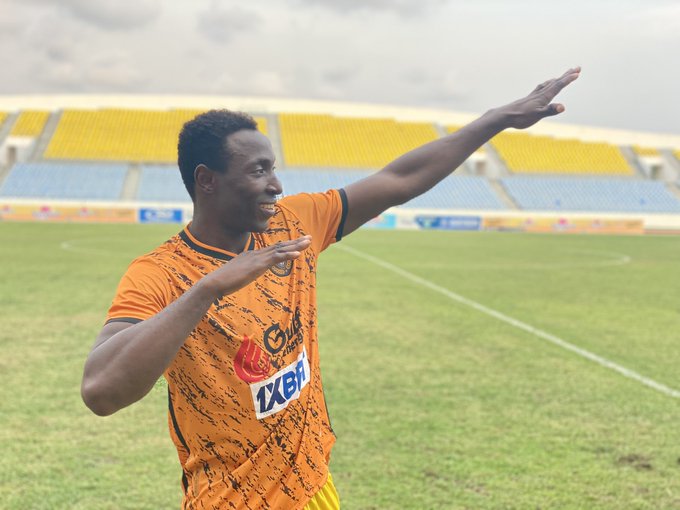 Asante Kotoko came from a goal down to register a 2-1 victory over Berekum Chelsea on matchday 9 of the betPawa Ghana Premier League on Wednesday, December 21.

The game, which took place at the Baba Yara Stadium, saw Eric Zeze score his first goal for the Porcupine Warriors while Steven Mukwala found his scoring boots again to ensure a win for Seydou Zerbo’s men.

Emmanuel Sarpong opened the scoring for Chelsea in the 27th minute of the game but Zeze drew the home team level before the halftime break.

Mukwala then pounced on a cross from Enock Morrison to complete the comeback for Kotoko, who now move into the second position.

In other fixtures, Legon Cities were unplayable against newcomers Kotoku Royals away from home.

The Royals after taking a 1-0 lead into the break scored two more goals in the second half to seal a 3-0 victory.

Jonah Attuquaye, Kofi Kordzi and Alex Aso were on the scoresheet for Maxwell Konadu’s men.

Dreams FC had the upper hand over King Faisal, scoring two unanswered goals past the Insha Alla lads at the Theatre of Dreams in Dawu.

The league takes a break this weekend with MTN FA Cup action coming up next.